Marina beach in Chennai along the Bay of Bengal is India’s longest and world’s second longest beach. This predominantly sandy of nearly 12 kilometers extends from Beasant Nagar in the south to Fort St. George in the north. Chennai Marina beach was renovated by Governor Mountstuart Elphinstone Grant Duff in 1880s. All tourists traveling to Chennai never miss visiting this grand Chennai beach.Marina beach is easily accessible by buses, taxis, two and three wheelers. 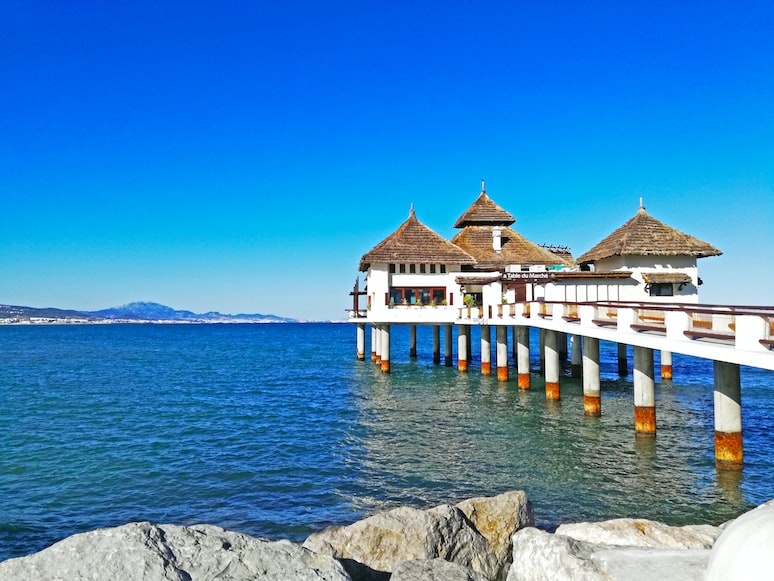 Marina beach is full of activity in the early morning hours and in the evenings. Walking along the beaches during sunrise and sunset is a pleasant experience for all. In the evening this beach becomes a fair ground with numerous stalls selling artifacts, handcrafted showpieces, ethnic jewelry, and food items. Children play games and frolic around. Going into the sea should be done under expert guidance as the undercurrent is strong. Flying kites and pony riding are popular activities on this beach.

The aquarium and the Ice House are the main attractions on the Marina beach. The Chepauk Palace, Senate House, PWD office, Presidency College, and the Chennai University are historical buildings located on the beach drive.

Established in 1851, Government Museum of Chennai is popular as the Madras Museum. Factually being the second oldest museum of India (after Kolkata’s Indian Museum), this museum is a treasure in itself! As a rich repository of finest masterpieces of art, archaeology, anthropology, numismatics and much more, the Madras Museum assures to lure one and all.

Spread across an area of 16.25 acres of land, the Government Museum is also counted among the largest museums of South Asia. Its campus has six independent buildings with 46 galleries. These are:

The Fort is a stronghold with 6 metres (20 ft) high walls that withstood a number of assaults in the 18th century. It briefly passed into the possession of the French from 1746 to 1749, but was restored to Great Britain under the Treaty of Aix-la-Chapelle, which ended the War of the Austrian Succession.

The Fort now serves as one of the administrative headquarters for the legislative assembly of Tamil Nadu state and it still houses a garrison of troops in transit to various locations at South India and the Andamans. The Fort Museum contains many relics of the Raj era, including portraits of many of the Governors of Madras. The fort is maintained and administered by the Archaeological Survey of India as a ticketed monument.

The Fort Museum exhibits many items of the period of English and later British rule. This building was completed in 1795 and first housed the office of the Madras Bank. The hall upstairs was the Public Exchange Hall and served as a place for public meetings, lottery draws and occasional entertainment. These relics are reminders of British rule in India. The objects on display in the museum are the weapons, coins, medals, uniforms and other artefacts from England, Scotland, France and India dating back to the colonial period. Original letters written by Clive and Cornwallis make fascinating reading. One set of quaint period uniforms is displayed for viewing, as well. However, the piece de resistance is a large statue of Lord Cornwallis.

The National Flag of India was designed by Pingali Venkayya and adopted in its present form during the meeting of Constituent Assembly held on the 22 July 1947, a few days before India’s independence from the British on 15 August 1947. The first ever flown flag after the independence is stored in 3rd floor of the museum. Public are allowed to see but not to touch or take photographs.

The museum is mentioned in the novel The Museum of Innocence, by Nobel-laureate Orhan Pamuk.

The first floor of the building includes the Banqueting Hall, which holds paintings of the Governor of the Fort and other high officials of the Regime. The canons of Tipu Sultan decorate the ramparts of the museum. The 14.5 ft statue stands at the entrance near a stairway in the museum. This statue was created by Charles Bank in England to be brought to India. The pedestal of the statue is carved with a scene depicting Tipu Sultan’s emissary handing over Tipu’s two sons as hostage in lieu of a ransom he was unable to pay to the British. It takes its name from Richard Wellesley, Governor General of India, and brother of the Duke of Wellington.